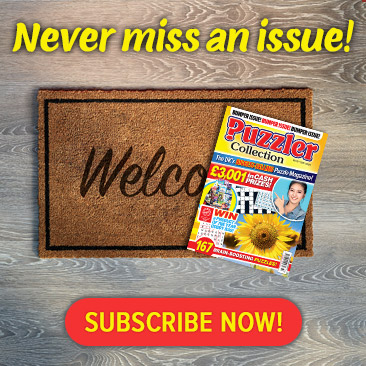 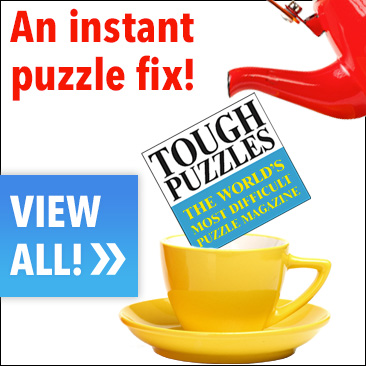 Sudoku puzzles were first seen in the 1970s under the moniker of Number Place, being credited to an American publisher. Obscurity beckoned until they were picked up by a Japanese puzzle specialist, who developed the concept and gave the puzzle a new name: Sudoku.
The objective of Sudoku seems simple – complete a 9x9 grid (composed of nine, smaller 3x3 grids) with the digits 1-9. However, every row, column and 3x3 grid must contain each number only once, which makes Sudoku a lot more difficult than it first appears!
Sudoku is hugely popular in the UK and various other countries around the world – this popularity has helped spawn a number of variations on the original concept, including Killer Sudoku and Colour Sudoku.
Find Out More In The Puzzles A-Z
Like Sudoku?
You should try Killer Sudoku, Colour Sudoku or X-Factor if you’re looking for something similar – or, for something slightly different, the logic puzzles Suguru or Kakuro.

Play Sudoku your way with Puzzler!

Like to play your puzzles online? We have a huge selection you can play right now in your web browser! We even have Easy, Medium and Hard sudoku puzzles to suit your skill level.
Play Sudoku Puzzles Online

Our Sudoku Puzzler app is perfect for Sudoku solvers everywhere – with free puzzles to start you off and more available through in-app purchases. There’s also Colour Sudoku Puzzler, for a Sudoku puzzle with a twist!

Being practically a national obsession in the UK, Sudoku features in many of our magazines – including a number dedicated purely to the popular logic puzzle:

Sudoku Books, Printables and Other Products

Sudoku features prominently in our puzzle books and printables (is that a surprise?), but if you’re looking for a quick fix, we also have a host of Sudoku printables for you to download, ready for play in seconds!